What you may want to know about braking system 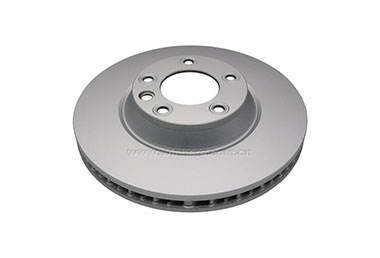 The development history of braking system.

How does the braking system work?

Why does the braking system malfunction?

The development history of braking system.

In 1900, Wilhelm Maybach designed the first drum brake for automobile. Soon the braking system became a mandatory feature on cars and this paved the way for the later development of braking systems.

As technology improved, four-wheel braking systems became popular in the 1920s. With the development of electronics, precision machining technology and hydraulic control technology became available as part of the braking system.

In recent years, the importance of the braking system has become increasingly apparent as vehicle technology has advanced and the speed at which cars travel has increased. As cars travel faster and faster, people's requirements for braking systems are becoming higher and higher. Modern automotive brake control technology is developing towards electronic brake control. The all-electric brake control will replace the traditional hydraulic-based conventional brake control system due to its enormous superiority, which also makes the car safer as well.

How does the braking system work?

The brakes work mainly from friction.The car uses the friction between brake pads and brake discs, tires and the ground, which converts the kinetic energy of the vehicle’s movement into the heat generated by friction. It is worth noting that the majority of small cars It is worth noting that for now, the majority of small cars are equipped with hydraulic brakes, use hydraulic brakes, as the fluid cannot be compressed. The basic principle is that the driver depresses the brake pedal to apply pressure to the brake fluid in the brake master cylinder, which transfers the pressure through the pipes to the pistons in the brake calipers of each wheel, actuates the brake calipers to clamp the brake discs and then generates a huge frictional force to slow down the vehicle.

Why does the braking system malfunction?

If your brakes have just been replaced with brake pads or discs, the failure is due to the the gap bridging. The new brake pads will be higher than the original, and it is normal to feel that the brakes are not as effective as they were when you stepped on them because the new brake pads are thicker, the sub-pump is retracted, and the master pump presses out less oil.

In addition to the reasons mentioned above, there is also the possibility that the air inside the brake pump pipe has not been expelled. When the air is not expelled from the brake pipes, there will be resistance from the air when using the brakes, which will down the sensitivity and braking speed. All in all, it is important to have your brake system cleaned and serviced regularly. This is the only way to prolong the working life of the brake system and to provide safe driving.